I recently finished up my masters degree and decided to gift myself a graduation present of a gaming pc. My previous build was done years ago and wasn’t performing as well as I’d like it to, especially when attempting to stream. 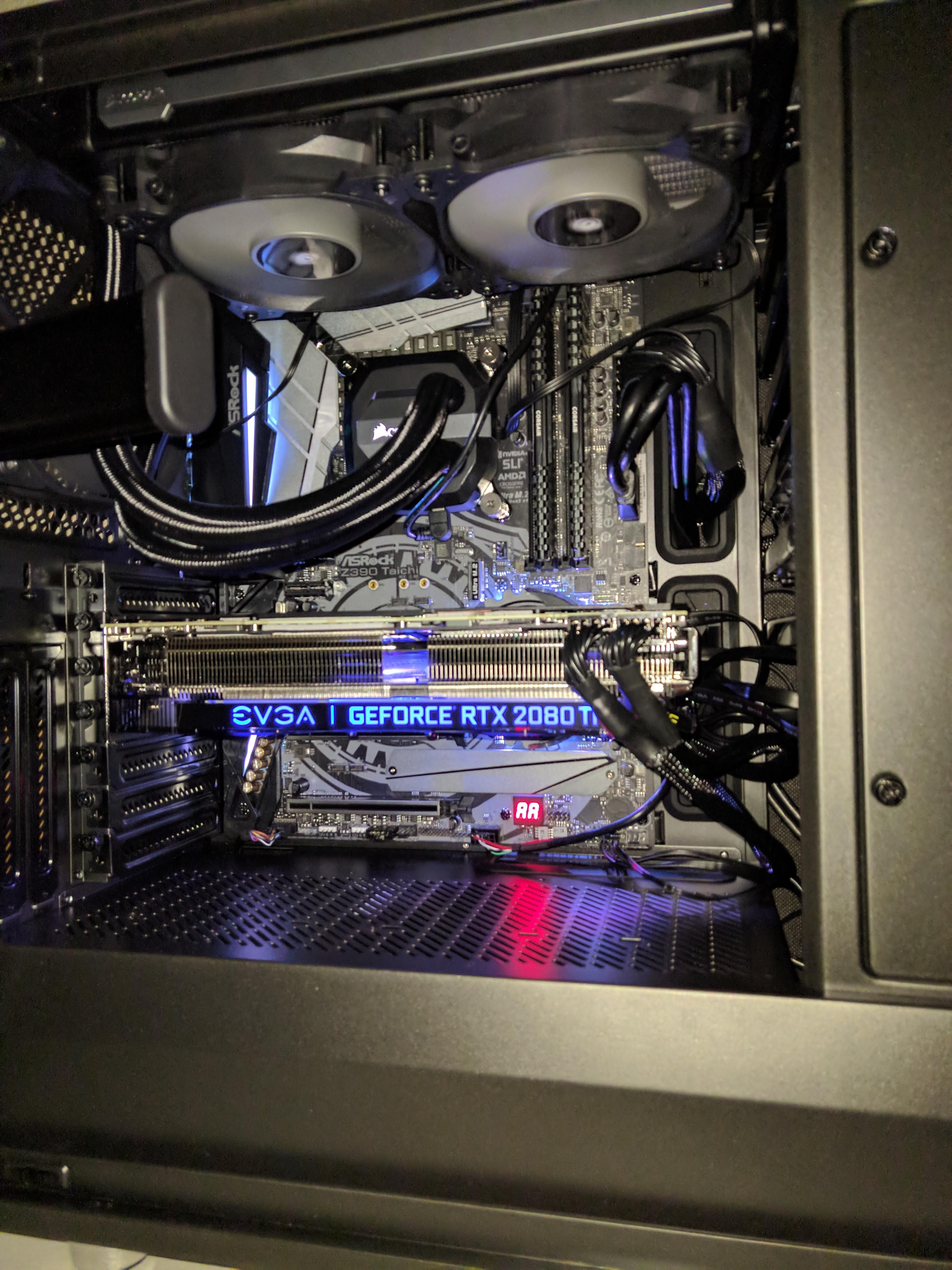 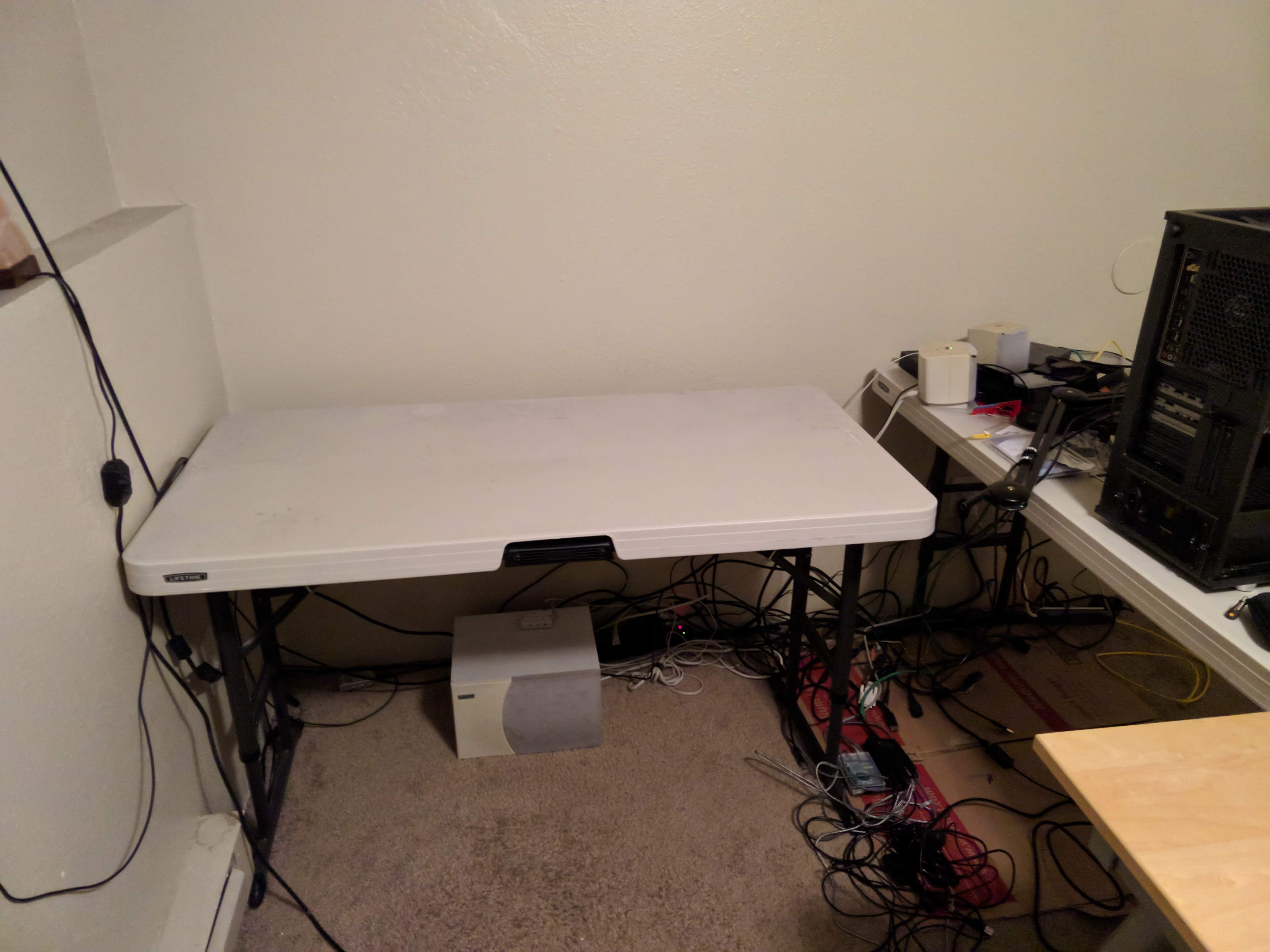 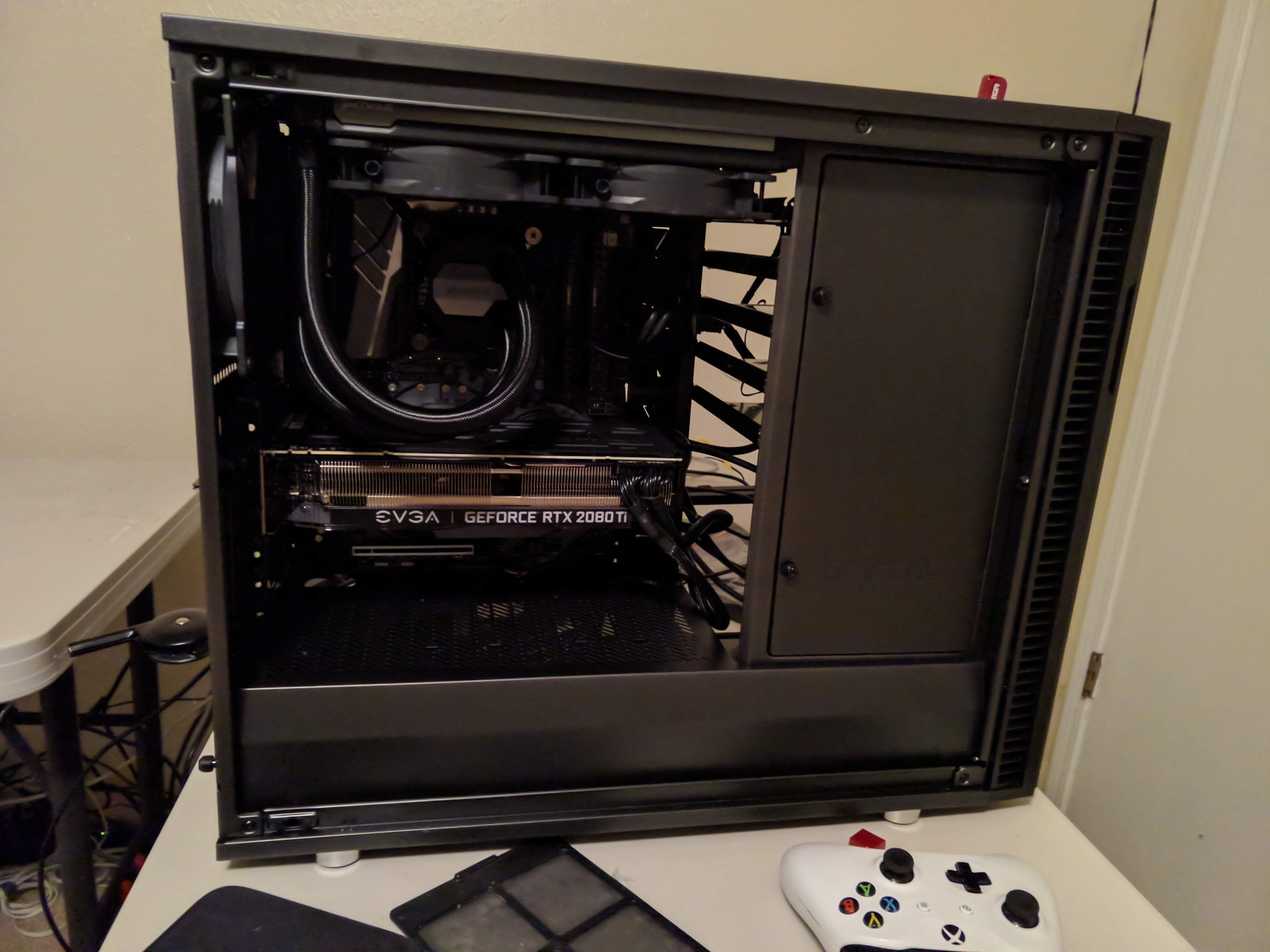 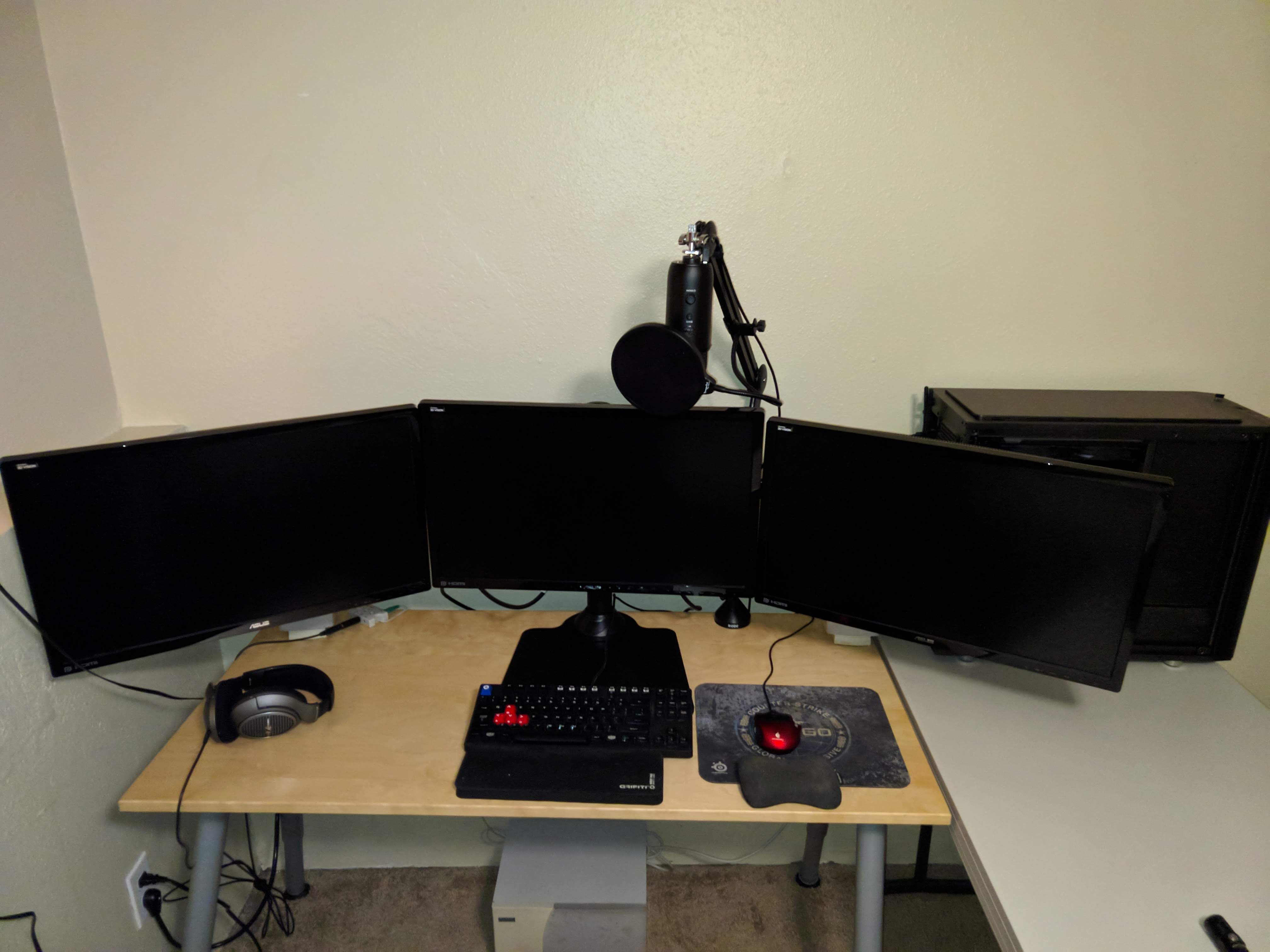 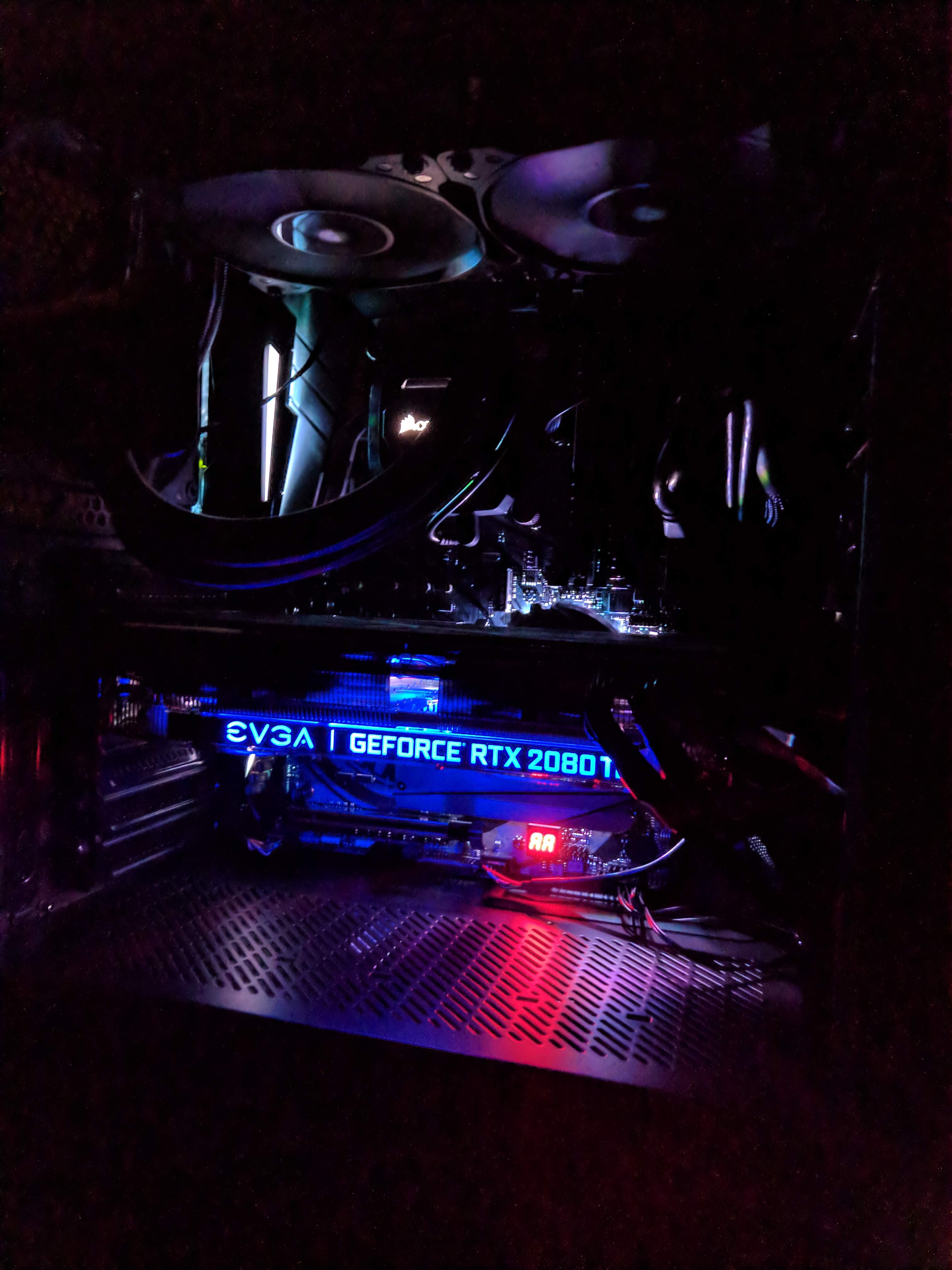 I decided to go for the biggest and greatest GPU that existed, even though I’m well aware there’s a better “bang for your buck” with the other cards.

I decided to stream the entire build process, which can be seen here:

It took six and a half hours to build the computer from scratch. I believe if I wasn’t streaming, I could have knocked an hour or two off, but very much enjoyed the communication with the viewers and the help they provided. This was my first attempt using multiple cameras for a stream and I believe it worked out very well. Overall, the stream went great and I had at one point sixteen individuals watching.

The two mistakes I made when building was having the power button header reversed, which caused it to not boot at the beginning, seen here and when I finally fixed it seen here and I didn’t set the memory settings in the BIOS. I’ve never had to set memory settings before, but I guess this is common with DDR4 RAM.

Overall, the entire process was amazing. I’ve been having a blast playing every game on max settings, netting 144 frames per second and playing VR games on a HTC Vive. 10⁄10 would build again.